We Were Searching For Countries With The Fastest Internet

In this age of tech revolution, a high-speed internet has become a bragging right. With millions of people embracing technology, a high-speed internet has become more than just a necessity. It is important both at home and workplace. Sadly, not every country can boast of reliable internet connectivity. Bad, slow, or unreliable internet connection does not only affect business, it also affects the quality of life.

Since the internet is being deployed both for business and personal life, the need to have the best of it has increased in recent years. In fact, most of us depend on the internet for almost everything. No doubt there will be a chaos in the world if the internet disappeared.

Fortunately, every country and internet providers are increasing the quality of their speed and delivery. According to the available data, in the first quarter of 2017, the average global internet connectivity speed was 7.2 Mbps (megabits per second). This represents a 15% increase the same period in 2016.

Countries With The Fastest Internet Speed

Most of the countries with the fastest internet connection speed are European countries, while many are in the Asia-Pacific region and one in the Americas. No country in Africa made the list; although this is understandable given that the region is still developing.

Below, you will see a list of 5 countries with the best internet speed. This list was obtained from the official ranking done by Akamai – the content delivery network (CDN). This company is responsible for serving between 15 and 30 percent of all web traffic.

The ranking was done by taking into account countries or regions with a unique IP count of at least 25,000. You can see the list below:

Hong Kong is what you can describe as “small but mighty”. They toppled South Korea to become the leader when it comes to the speed of internet connection. A look into their internet connection shows an average of 54.1 Mbps across services. If you were to download a high definition (HD) movie, it will only take you 83 seconds; that’s pretty impressive.

South Korea is a country in Asia and neighbors to the embattled North Korea. Despite not being as popular in business as the United States or the UK, this country has done well for themselves when it comes to the speed of their internet connection. According to the research by Akamai, South Korea is the former leader when it comes to the internet speed. However, the new ranking placed them second after Hong Kong with an average speed of 48.8 Mbps. It will take you just 92 seconds to download an HD movie in South Korea.

Next on the list is Japan. According to the new ranking, Japan is a place to be if you are a freak for high-speed internet connection. As one of the leaders in business in Asia, it is befitting that the country has a very high-speed internet connection. Japan comes third with an internet speed that is the envy of other first-world countries. The new ranking shows that Japan has an average internet speed of 42.2 Mbps. You will just have to spend 106 seconds downloading an HD movie in Japan.

There is little that is known about Latvia, but that doesn’t stop them from becoming the envy of other countries with their high-speed internet connection. This small country is sandwiched between Lithuania and Estonia. It is well known by the beaches, museums, and other beautiful places to see. Business in Latvia is small when you compared it to that of the United States or UK. Nonetheless, the country is ranked as the country with the fourth high-speed internet connection with an average internet speed of 37.5 Mbps. You only need 2 minutes to download one HD movie when you found yourself in Latvia.

Despite not being as big as the United Kingdom or as prosperous as the United States, Romania made the list as another small country with a very high-speed internet connection. It is the second European country to make the list of 5 top countries with high-speed internet connection in 2017, albeit at the 5th position. Romania is known for so many tourists attractions. If you are a fan of Hollywood movies, you will see many epic movies that were shot on this location such as “Mission Impossible”. Romania made the list of 5 top countries with the high-speed internet with an average speed of 37.4 Mbps. Anyone in this country needs only 2 minutes to download an HD movie.

Do you think your country should have made the list? If you are wondering where the world-power countries are on the list, the United State made it at 20th position, the UK at 23rd position, Australia at 50th position, while China occupies the 111th position. 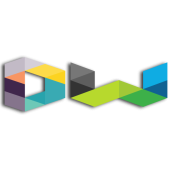