How to Rank Effectively With Long-Tail Keywords

If you’ve been struggling to rank for some of those highly-search broad keywords – you’re not alone. Many people new to SEO try and target those. But they’re making a mistake. What if there was a way to fine-tune your optimization strategy and rank more easily for terms that provide more of the sort of visitor you want? There is – and that’s with long-tail keywords.

In this article, we’re going to have a look at long-tail keywords so that you can start improving your SEO and hopefully make more money from your site.

What is a long-tail keyword?

Instead of a broad search term like “chocolate” – a long-tail is an addition to the beginning of the end of a term. There are tons of different options – and these will target a more specific niche and type of visitor.

You’re probably thinking by now – “hang on, aren’t those terms easier to rank for because they get far fewer searches each month?” Yes – but that’s not always a bad thing.

Let’s have a look why…

Why a big piece of a small pie is sometimes better

If you spend too long trying to target those highly-competitive, highly searched terms – you might still end up nowhere.

Research has shown that if you aren’t on the first page of Google, you might as well not bother. 11th Position on Google nets you only about 1% of clicks for that search term. That’s the top of the second page.

Meanwhile, the first position gives you a whopping 34% clicks. So let’s have a quick look at some maths.

If you find one of those broad terms that everyone is trying to rank for with 100,000 monthly searches but you can only get to the 11th place (even that might be difficult) after a few months work – this might get you 1,000 clicks a month.

Compare that to a more niche long-term keyword that gets “only” 5,000 searches a month. This should be much easier to rank for with far less competition. If you can get to first place for that term – you could get 34% of clicks – or 1,700. Now you can see how a long-tail keyword can beat a shorter one, especially when you consider how much easier they are to rank for. You could throw up multiple pages and rank for multiple long-tail keywords in the same time span.

Your rankings will also be more sustainable as they’ll be under less attack from rivals targeting the same terms. That’s another problem with those highly competitive terms – even if you do get a ranking, you might not keep it for long.

There’s another important point to make with long-tail keywords as an alternative to broad ones. Those broad terms might get lots of traffic – but a lot of it won’t be the sort of traffic you want. With the right long-tail keyword, you can get more of the right sort of visitor to your website…

If someone searches for a broad, non-specific term to end up at your site – they might not really be looking for what you’re offering.

That’s why fine-tuning with long-tails works even better as an SEO strategy. If you can target a real niche term, you’ll be delivering exactly what someone who searched for it wants. They might even have typed in that term thinking they aren’t going to find what they want – but when they see your site offering them what they came for, they’ll be more switched on, more loyal, and more likely to spend money.

With broad terms, you might be wasting some bandwidth and marketing efforts on people who are unlikely to spend money on your site.

There are even specific terms you can add to your keywords that give you more of the sort of visitor you want – people who are more likely to spend money on your offer.

What are some good long-tail keyword additions?

If someone searches for something like “discount” – they know they’re going to be spending some money soon. If you can offer them the discount they want, even better. These are the sort of active visitors long-tail keywords are great at delivering to your site, so you don’t have to waste efforts on people looking for a free ride.

While discount is one of the best additions as it implies spending money – some other additions like “cheap”, “review” or the current year can also work well. Think outside the box and come up with your own.

You’ll want to avoid people who are looking for a free ride and aren’t likely to spend any money – and a big one for this is “free”. 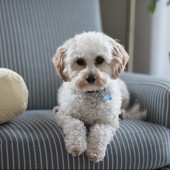 Peter Ellington has been writing about internet marketing for a number of years. He enjoys sharing his knowledge with those new to the industry, and he also knows how important the right education can be. That's why he works for a Singapore tuition provider, www.smiletutor.sg/blog